We all know that GIFs engage and entertain. Of all the content on our Twitter feeds or on Reddit, they’re the one thing we’re least likely to scroll right past. And when you send a friend a GIF, you can bet they’ll take the time to check it out.

At Megacool, we’ve seen that GIFs of gameplay replays are the present and future of viral acquisition in mobile games. That’s not just empty words – we’ve worked with games that have shown the following uptick in performance once they started empowering players to share replays with their friends:

So we’re comfortable in saying that gameplay GIFs are pretty great. But how do you actually get from gameplay to a GIF? Well, that’s where we come in.

We know that no two games are the same, so it’s important to be flexible and customizable when it comes to the marketing of your game. That’s why we’ve come up with a range of methods to record gameplay, and turn it into a GIF ready to share.

What are the different modes for recording gameplay?

Let’s get a super-quick overview of what each of these methods look like, and then we’ll get into which mode is best for your app or game:

So – which replay recording mode is best for your game? Let’s get into it!

Which replay recording mode should I use?

One important thing to remember is that while these four modes cover all bases of replay recording, they can be further customized to suit your own game. For more on that, check out our documentation on recording (which will also show you how easy it is to set them up). As we said, no two games are exactly the same and we know that getting an exact, tailored solution for sharing is going to give you the best results.

In our experience, though, these are the four best starting points when it comes to replay recording and sharing. We’ll start with probably the most widely-used mode – Time Recording.

Use Time Recording for action-packed games

If your game is packed with thrills and fast-paced action, then Time Recording is the mode for you. Simply put, this mode is constantly recording gameplay in the background of your app, just waiting for you to give your players the opportunity to share it.

Time Recording works perfectly for endless runners, or intense twitch games, or even real-time multiplayer games with short, action-filled rounds. The multiplayer action of C.A.T.S. is a perfect example: as soon as a player finishes a round, the full gameplay clip in all its glory will be there as a replay ready to share.

Another Time Recording example is from Prizefighter where players can share the last few seconds of their match (preferably with a KO).

As the name suggests, Frame-by-Frame Recording grabs a single frame at set points of a play session – for example, every time a player taps on the screen. This makes it perfect for board games or word games: titles that move at a slower-pace and involve some “thinking time” for the player.

Thinking time is great, but doesn’t make for particularly shareable content – so Frame-by-Frame Recording strips that out and leaves you with just the good bits: a player making a killer move in Carcassonne or Ticket To Ride, laying out a huge-scoring word in Words With Friends, or working on a drawing in Adult Coloring Book, as seen below.

You can also see Frame-by-Frame in action in Animal Tower Wars below: every time a player makes a move, that frame is captured. Those frames are then stitched together to make a shareable GIF.

Use Highlight Recording to capture intense, dramatic and comedy moments

Highlight Recording grabs the most interesting or exciting part of your game, by keeping track of gameplay intensity. That’s defined by metrics that you can specify, such as landing a cool combo, scoring a goal, getting an epic kill, hitting a new high score, or even failing in a hilarious way. The goal is to make sure your players can relive the most epic moments from your game – and share them with their friends.

The arcade puzzler Piffle uses Highlight Recording to grab the most intense bit of gameplay from each session and package it into a GIF:

You can also use Highlight Recording to specify a certain section of your game that you’d like it to capture – for example, an action set-piece like the one shown here in RedBull Free Skiing. Think of it like capturing the moment you go through an intense drop on a rollercoaster – it grabs the highlight of your “ride” and gets it ready to share.

Or this perfect shot in Critter Clash:

Use Timelapse Recording to show progress over time

Timelapse condenses longer play sessions into something shareable, making it perfect for tower or lane defense games like Trolls vs Vikings or Plants vs Zombies. It’s also a great fit for puzzle games like Threes or 2048, or a standard game of chess.

In games like these, the action builds over time until you reach a crescendo – either a stunning victory, a narrow defeat, or just a high-intensity battle. Timelapse builds a GIF that moves quickly through the action, without missing all the key moments and decisions that a player made in order to get to the end.

Here’s how Trolls vs Vikings uses Timelapse Recording to show action building over time until the player reaches the dramatic conclusion:

Don’t overlook the value of a screenshot

While GIFs are generally the highest-engaging way for a player to share from games, we know that some games might not be right for that format. This is particularly true for text-heavy games like BitLife, or interactive fiction like Florence.

With games like these, a screenshot can still be the most powerful way for players to capture that perfect moment and share it. Megacool recently added this feature, so you’ll never be short of options for helping your players share.

Let’s get your players sharing GIFs!

GIFs are an incredibly powerful way to engage players and acquire new ones. In order to get the most out of those GIFs, we’ve put together a range of ways for you to capture and present them to your players.

It’s down to you to choose the exact format you want to go with, but don’t worry – we’re here to help! Just get in touch and we’ll walk you through the solution that we think will be best for your game. Don’t forget, if you want more detail on any of this integration, you can check out our documentation online. 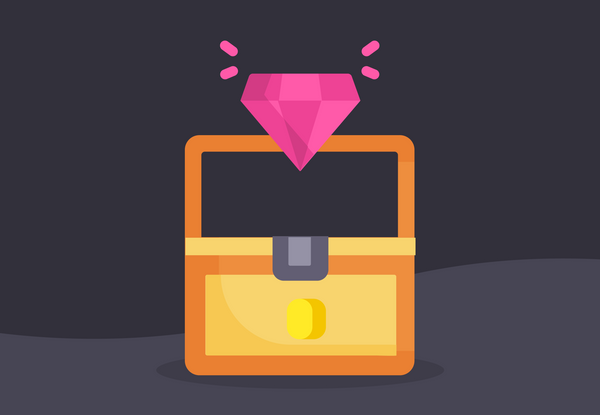 Rewards and incentives are a powerful way to acquire new players, re-engage existing ones, or strengthen a player’s investment in your game. They provide long-term goals for players, giving them a little hit of satisfaction in addition to their enjoyment of the actual game. 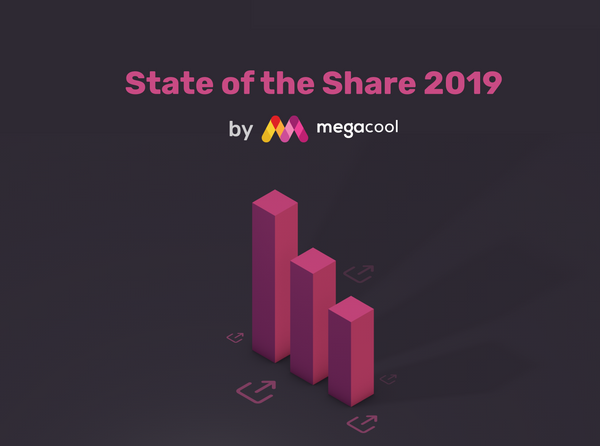 From the dawn of time, humans have always had a desire to share our feelings, our stories and our successes. From primitive language to the postal service, sharing is human nature. We’ve pulled together data from millions of share events from mobile games, and found some surprising conclusions.