Rewards and incentives are a powerful way to acquire new players, re-engage existing ones, or strengthen a player’s investment in your game. They provide long-term goals for players, giving them a little hit of satisfaction in addition to their enjoyment of the actual game.

Referral programs are widely used around the world and in a huge variety of industries. Uber offer discounts on rides for customers who successfully refer someone, whereas Dropbox gives more storage space for people who convince their friends to sign up.

Referral programs are increasingly common in mobile games today. This means that unless you build something into your own game, you could be left behind and find it difficult to retain players over a long period of time.

In this post, we’ll take a deep dive into the different types of rewards and incentives for mobile game referral programs, and some best practices for doing so.

What types of rewards should you use?

Rewards come in different shapes and sizes, and all of them have their uses in terms of driving referrals. It’s worth remembering that there’s no magic solution when it comes to which reward is right for your game: each game is unique and some incentives will be more effective for your game than for others.

In broad terms, rewards can be broken down into these categories:

Let’s look at each of these in turn in a little more detail.

This is probably the most straightforward incentive to offer your players as part of a referral program, but there’s also plenty of variables to consider. Offer too small a reward and your players may not think it’s worthwhile; offer too much and you may affect revenue in the rest of the game.

Currency doesn’t just need to refer to the standard coins / gems that many games use. It could also take the form of hints or extra lives. Remember, your goal with a reward is not just to make your players feel warm and fuzzy – you want them to carry on playing your game. Hints and extra lives mean that your players don’t hit a brick wall when playing – they get another chance to carry on.

Loot boxes, packs, chests or crates are a way of delivering random, gacha-style rewards to players. They’re extremely widely used, and you’ll see them popping up in everything from Clash Royale to FIFA Ultimate Team.

Their popularity is fairly straightforward: firstly, players love the idea of that “lottery-winning” moment where they get lucky and hit the jackpot when they open their loot box. Secondly, as loot boxes are often sold as IAPs, giving them as rewards can be a way to encourage players to spend to get more boxes.

Games will typically offer different tiers of loot boxes, along the lines of bronze-silver-gold / rare-epic-legendary. The higher the tier, the more valuable the contents, or the better chance a player has of hitting the jackpot prize.

This allows developer some flexibility when using loot boxes as rewards: you can assign different tiers of boxes for different player actions. For example, a relatively simple action like inviting 1 friend could reward a bronze loot box, whereas inviting 10 friends could give a silver box.

Discounts are fairly self-explanatory: a way to reward players by offering them lower prices on IAPs. However, as with loot boxes, developers can get creative as to how these discounts are achieved, and how valuable they are.

For example, you could offer a 50% discount on select items in your game’s shop for successfully referring 1 friend to the game. If you invite even more friends, the discount increases. You could even spin this so that exclusive items only become available in the shop once the player has completed certain actions.

Let’s group these together as they go hand-in-hand. These are perhaps the most challenging rewards to offer, but the benefits are huge to both players and developers.

Early access can take the form of beta access to new features, updates or items, or even developer chats and interaction. This is not only extremely desirable for hardcore players but can also be beneficial to the developer as you can solicit feedback from a subsection of your playerbase before it hits a global release.

Exclusive content can be in-game items that general players don’t have access to – such as a unique avatar design. And physical merchandise is a great way to forge a stronger bond with your players, and boost their loyalty and feelings towards your game.

All of these can be helpful towards building brand ambassadors for your game (note: there’s more to it than simply sending some branded swag to a YouTuber!).

Your goal here is to build a stronger relationship with those players who are already passionate about your game. If you can do so, you’ll be in dialogue with people who know your game through-and-through – maybe even better than you do! – and care strongly about it. They may have feedback and suggestions that you hadn’t considered, which later get integrated into your game (which is another reward in itself). And if they’re passionate enough about your game, they may end up referring new players through their own connections or social media.

How much of a reward should you offer to players?

Naturally, there’s no magic answer to this question either, given that games – and their economies – are different. However, we can give you some pointers to help you arrive at the right answer for your game!

Tip #1: The higher the reward, the more your players will strive to earn it

Sounds obvious, but it’s still worth pointing out: if you price your rewards and incentives too low, your players might not think they’re worth the effort to jump through whatever hoop you’re holding for them.

Players will quickly get a grasp of what’s “valuable” in your game. They might base that off IAPs – for example, they may have noticed that you’re selling 1,000 coins for $1. Or it might be from gameplay experience: they’ve built up an idea of how precious a hint or an extra life is.

If you’re offering players the equivalent of a couple of cents’ worth of coins, they might not think that’s worth their time. In the worst case scenario, it may even anger players who think you’re being cheap. Remember that the goal in giving rewards is that you want your players to do something – and then you’ll reward that behavior. Make sure the incentive is big enough for them to go through with it.

Tip #2: The easier it is to get the reward, the more likely it is that players will make the effort

Keep in mind that you want your players to get the reward, because it means they’ve done something that you want them to do. In the case of referrals, we recommend that the receiving player should be required to install the game and open the app in order for the referral to count as “complete”, and the sending player to receive their reward.

If you’re offering increasing rewards based on the number of players rewarded, we recommend starting things off easy with just 1 or 2 referrals required to get a reward. This will give referring players an easily-achievable reward, and incentivize them to push for 5, 10 or even more friends to join the game.

Tip #3: Don’t make your rewards too easy to obtain

Remember that rewards can actually lead to negative behavior if applied in certain ways. For example, rewarding players for sharing repeatedly to social media will likely lead to them spamming the feature. This will have a much lower rate of acquisition and conversion compared to a referral program that requires an install from the recipient.

If this becomes a concern for you, we recommend limiting players’ ability to send a new referral to one per day.

There’s a possibility that Tip #1 made you think “okay, I’ll just be super-generous with my player rewards”. Don’t.

If you’re too generous with your rewards for simple actions completed by your players, it may actually reduce your in-game revenue. A player may think it’s never worthwhile to make an IAP, or watch an incentivized ad, because they know you’ll give them a big stash of a reward for something that doesn’t require them to spend.

It’s all about balance. Which brings us on to...

Tip #5: It’s also possible to have too much of a good thing

This refers not just to individual reward sizes, but the frequency of them too. If your players are being rewarded for every little action, it might make them feel positive initially but that buzz will quickly wear off.

Players may even become jaded towards rewards and find them to be a meaningless, spammy distraction. Don’t overstuff your players with treats. Keep them happy, but also wanting more.

Some games, such as Critter Clash (below), have limits on how many referrals someone can receive. Players get a reward (loot box) with every individual referral, and the program is capped at five.

As with so much of mobile gaming, though, iteration is key. Keep trying new things until you find what works for your game and its players.

Tip #6: Prioritize rewarding the referral sender rather than the receiver

With mobile game referrals, the least you can do is to reward the sender for making successful referrals. Rewarding the receiving player is powerful too, although Apple is not clear on their guidelines around how they handle doing this (Note: at Megacool, we haven’t experienced any issues with this, and there don’t appear to be any issues on Android).

If you do reward the receiver, make sure to communicate the monetary value of the reward in the message. Remember, they’re new players and they will likely have no idea if “100 gems” or “5000 coins” is of any value, or indeed what they’re to be used for.

A nice touch is to give the reward to the receiver as a welcome gift from the friends who referred them. This gives it a personal touch.

Everyone loves rewards in life, and your players are no different. There’s a lot of variables to consider, but don’t let that put you off: if you can implement incentives in a way that works for your own playerbase, you’ll reap your own rewards of increased engagement, retention and revenue.

For more information about how best to integrate rewards in your game, and other mobile development best practices, check out the best practice section on our blog or learn more on how to integrate Megacool’s referral program from the Megacool website. 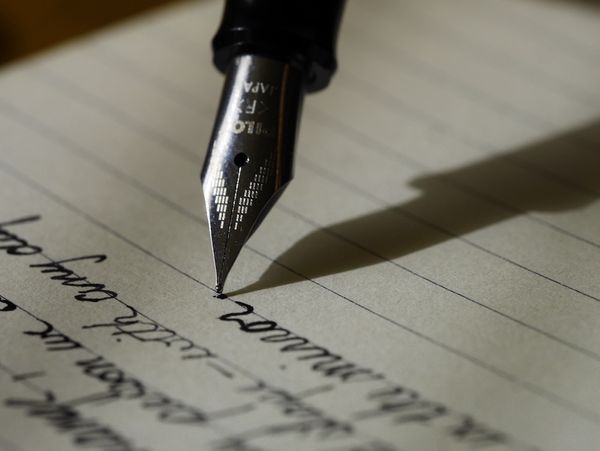 Talking to your players is a rewarding but challenging experience. It’s a way to form trust between players and developers, as well as a method for boosting engagement with the game. 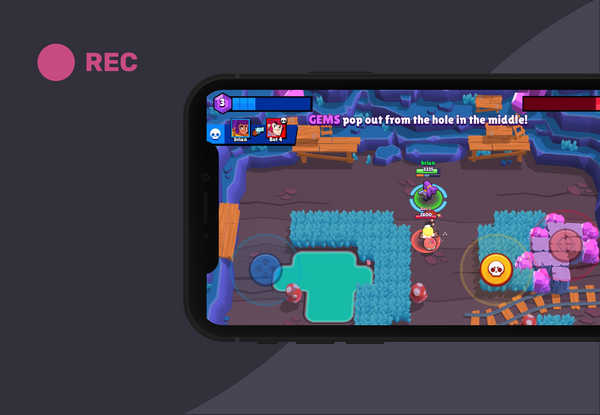 At Megacool, we’ve seen that GIFS of gameplay replays are the present and future of viral acquisition in mobile games. That’s not just empty words – we’ve worked with games that have shown a huge uptick in performance once they started empowering players to share replays with their friends.