In August, Megacool co-founder Aurora Klaeboe Berg gave a webinar on our insights for the top mobile gaming growth trends of 2018. Drawing on our expertise of helping mobile developers boost their game’s virality, plus her experience in growing the Fun Run games to over 65m organic downloads during her previous role as VP of Business & Marketing at Dirtybit, the webinar lays out everything you need to know about the state of play in mobile gaming.

In this blog post, we’ll explore some of those areas of insight, from pre-launch to re-engagement. Let’s get things started with one of the key first steps to consider while your game is still in development.

Before your game has reached the market, it’s important to settle on a strategy for how you will acquire your users. It’s no longer a viable tactic to release your game and then hope to scale organically.

From our experience, and those we’ve spoke to within the industry, it’s also not enough to rely on featuring, or App Store Optimization (ASO), to build a successful and profitable game. If you’re investing in paid user acquisition, you also want to be confident that you’ll be getting a positive ROAS (return on ad spend).

Some key questions to consider when defining your growth strategy:

Defining your strategy as early as possible will help you identify your options and opportunities for growth.

Soft-launch or no soft-launch?

Soft-launching a game, often by releasing it with little-to-no marketing in a territory that has a similar profile to your key market, is a pretty standard procedure in a game’s life-cycle.

The idea is that you’ll learn a lot about your game’s performance and gather real data for KPIs like engagement, retention and monetization. You can then use this to A/B test features, and decide on ad frequency and format. This also gives you a great opportunity to learn how you can do paid user acquisition for your game with a positive ROAS, before you release it to a global market.

However, not every studio out there soft-launches their games. Voodoo have an impressive portfolio of chart-topping casual games like Baseball Boy!, Helix Jump, and Bumper.io – but they rarely soft-launch their titles in the traditional sense. Instead, they release to a global audience and then optimize in the form of updates, using real global demographic data. Once they’ve released their updates and the game is performing as they’d like, that’s when they push their marketing behind it.

Bumper.io is a perfect example of this: the 1.0 of this release was in June, but it didn’t climb the charts until the end of July. Voodoo spent a month tweaking and optimizing, and then when their player data showed promise, they kicked off their marketing campaign with impressive results.

A pre-release program is where players sign up in advance to download your game the second it launches. Any new app is eligible, and we strongly recommend you take advantage of this (free!) feature.

By launching the pre-release program a few weeks before your actual launch, you have time to build up traction and awareness for your game, and give a destination to which you can point potential users in your pre-release marketing. Once your app launches, those installs will be waiting for you on Day 1.

Building a multiplayer game is a growth strategy in itself, and one that is becoming more dominant in 2018 as the technology for true multiplayer experiences becomes mainstream.

This isn’t to say that your game needs to have a synchronous, PvP multiplayer core. Other multiplayer elements like leaderboards and friend challenges also have huge potential for making your game grow organically. Anything that makes your game more fun to play with friends is going to add value and growth to your title.

Don’t cut corners when it comes to ASO

More and more developers are investing resource in ASO – which makes total sense. If the App Store is a store, you want your game’s store display to be as eye-catching and appealing as possible.

Screenshots, video previews and compelling description text can all help to hook prospective players. Your video could summarise the gameplay in just a few seconds to engage users: remember, you’re competing against thousands of other games. What is it about your game that is unique?

Finally, you have 13 slots for visual assets on your App Store listing. Use them!

Using ads is a good way to scale your user base quickly – but of course, it can be super-expensive too, so might not be an option for every developer.

If you are in a position to use ads for user acquisition, then be sure to test which visuals work best for you. A major shift that we’ve seen in 2018 has been the shift from polished, trailer-style video ads, to those that show true gameplay instead. These ads sometimes look a little rough around the edges, but give players a true taste of the game and are often used in creative, meme-like fashion that enhances their engagement.

Releasing a game is a challenge, but the work doesn’t stop there! Post-launch, you should be looking to continue to grow your game, but a major area of focus has to be re-engaging existing players who might have lapsed.

Here’s a few things that can help to reactivate players.

In case you didn’t know, push notifications are renowned throughout the gaming industry as one of the primary drivers of re-engagement.

That said, sources from MarketingCharts.com say that as little as 40% of iOS players, and 60% of Android players, will actually opt-in to receive push notifications. That’s a remarkable chunk of your player base that you just can’t reach the way you’d like to.

When asking for push notifications in your game, make sure it’s relevant for the player. They need to know what’s in it for them – make it enticing and show them what benefits they get from opting in to notifications. It could be anything from keeping them informed of new in-game events, to letting them know when new features land in the game.

Newsletters give you another platform

A newsletter is essentially a longer-form push notification, but some people may find it to be less… well, pushy. It’s something that they opt-in to and arrives in their inbox along with other emails, so they may find it a less intrusive communication and be more willing to engage with it.

Find ways to collect the email addresses of your players, and use newsletters to promote your major updates to them. In your game, you can include a reward for adding their email and opting in, just as when you incentivize players for liking you on Facebook and Twitter. Just be sure to comply with GDPR!

Let your players invite others

Finally, app invites and sharing are an ideal way to grow your game. Players are more likely to stick around if their friends also play the game, and they’ll be re-engaging each other when they hang out or talk about the game.

Make it simple and appealing for a player’s friends to join your game: incentivize referrals and sharing, and use deep-linking to send new players directly to their friends lists.

For more on incentivized referrals via sharing, check out our recent article.

We hope you found this a useful breakdown of some of the trends we’ve seen from mobile gaming in 2018! If you’d like to know more about any of these areas, or wanted to chat to us about anything else related to growing your mobile game, please get in touch: email us at [email protected] or drop us a tweet. Thanks for reading! 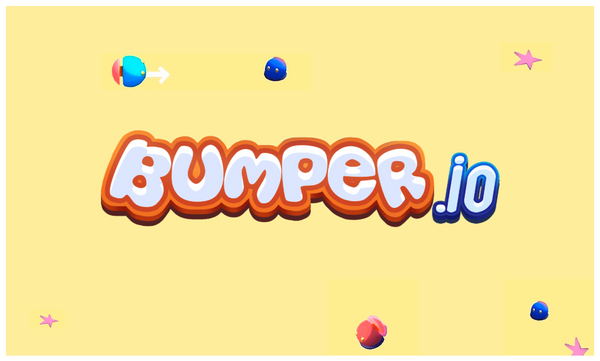