Bumper.io is a hyper-casual game from Voodoo, the creators of hit casual arcade games like Stack Jump, Basebally Boy!, and Idle Balls. First released in June 2018, Bumper.io rocketed to the top of the App Store charts in early August and has remained in the top 20 Games chart ever since.

As with many of Voodoo’s titles, Bumper.io is an arcade game with a simple concept, albeit one centred around player-versus-player battles. Controlling a small bumper car, players attempt to bump other players off the edge of the map. For every other player you bump off, your own avatar grows and becomes stronger – able to bump other players further. The game goes on until only one player is left standing.

Take yourself through the full game experience with our commentary in the below presentation, from discovery through onboarding and growth.

What you can learn from Bumper.io

Bumper.io’s simple gameplay concept makes it an ideal casual game, designed for quick play sessions. There’s plenty of things to be learned from its success, both in the app itself and from how it was launched and marketed. Let’s take a look at some of the ways that Voodoo got this one to the top of the charts.

.io games became their own genre in 2016, with the explosion of the browser and mobile sensation Agar.io (see our dissection of Agar.io here). A horde of iterators and imitators quickly sprang up, many of which were huge successes themselves: Slither.io, Paper.io, Hole.io.

It’s something seen across other genres too – the success of Crossy Road led to other similar titles like Smashy Road and Steppy Pants. Players know immediately what kind of gameplay they’re likely to get before they’ve even downloaded the app. The “.io” tag functions like a brand.

2. A smart approach to soft-launching

Soft-launching a game often involves releasing it in a territory with a similar profile to your target market. This gives developers the opportunity to gain insight into their game’s performance and gather real retention / engagement / monetization data. After optimizing, the game will then be released to a global audience with a full marketing launch.

Voodoo have taken a slightly different approach with their titles, and Bumper.io is a great example. It was originally released globally on June 27th 2018 (version 1.0), but it wasn’t until the arrival of version 1.1.4 on July 26th that Voodoo threw the weight of their marketing behind it. Within a week, Bumper.io had gone from being a top 1,000 game in the US to the top 10.

Voodoo’s strategy is to release to a global audience, gather real global demographic data, optimize in the form of updates, and only then push their marketing machine into action. With Bumper.io, they spent a month tweaking until it was performing as they’d like, and then kicked off their campaigns with highly-impressive results.

3. Cross-promotion is strong and appealing

Bumper.io features prominent cross-promotion for other Voodoo games, right on the home screen. It’s an animated clip of gameplay from another game: this makes for a very appealing ad that draws the eye far more readily than the other ad displayed at the bottom of the screen.

As well as the animation, it clearly displays the game name with a simple “PLAY” button as a call-to-action. While it takes up quite a bit of real estate on the screen, it nonetheless makes the most of that space by maximizing the amount of real gameplay footage that’s displayed.

4. Gameplay is simple, but has depth

Bumper.io’s status as a casual game is seen in its incredibly simple controls. To play, you simply drag your finger on the screen to move your bumper – easily explained in three words and a small graphic.

While the gameplay itself is also straightforward – bump other players off the map – there is some strategic depth to how you play. Simply bashing into other players isn’t generally enough to knock them out; instead you’ll generally need to temporarily “gang up” on others to bump them off, or try and sucker them into getting too close to the edge before quickly making your move.

Once again, this is a feature of other .io games: while they are every-player-for-themselves in nature, there is a benefit (and sometimes necessity) into forming brief alliances to take down others.

Bumper.io also has a simple ranking system: after each game you see which rank you’re at, starting at Bronze 5. The more rounds you win, the higher your rank. It’s a straightforward concept used in other games within the genre.

Bumper.io is one of the standout casual games of 2018. However, there are a number of areas that could help to capitalize on its popularity by boosting virality, retention and monetization. Here’s a few of our suggestions:

1. Use a gameplay video on the App Store listing

Bumper.io’s listing on the App Store and Google Play is simple and colorful, with a good range of screenshots showing the various playable maps. However, it misses a big opportunity to showcase the game using a video, instead relying on static images.

It’s a little surprising, because Voodoo make excellent use of real gameplay clips in their paid marketing and cross-promotion, as noted above. Bumper.io games are fast, frantic and fun, and a brief video showing that action could give its acquisition another boost.

2. Hold off on the cross-promotion until later in the player's journey

As mentioned earlier, Bumper.io hits players with cross-promotion for another Voodoo title right off the bat. This is a slightly unusual, confusing user experience: “I’ve just downloaded this game, haven’t even played it yet, and now you’re recommending another one to me?” It presents an increased risk of a Bumper.io playing dropping out before they’ve had chance to get into the game.

The other games are all part of Voodoo’s portfolio, so in theory they aren’t losing out if a player does drop Bumper.io in favor of another title. All the same, it would likely be better to only trigger the cross-promotion after the player has spent some time with Bumper.io.

It’s also worth noting that the cross-promotion itself – being an animated bit of gameplay – looks more appealing than the actual Bumper.io start menu. The player’s eye is drawn more readily to that than the “PLAY” button.

3. Improve communication with the player

While one of Bumper.io’s strengths is its simplicity, it could also do more to keep players hooked with some small communication improvements.

For example, there are a range of other playable maps within the game, all with different shapes and ostensibly different game styles. You move onto a new map every time you win a round, but this is never explained to the player. It’s very feasible that a new player would play 4-5 rounds on the first map, fail to win any, and assume that Bumper.io has just a single level and that it’s not worth any more of the player’s time.

The different maps are a key feature of the game, but nothing is done to bring them to the player’s attention and keep them striving to reach the next one. There’s also no visible way to return to a previous map once you’ve “cleared” it, which is another source of frustration if a player finds one that they particularly enjoyed.

This not atypical of hyper-casual games, but there are a few small additions to Bumper.io that could keep players retained and also improve monetization – without the game losing its core simplicity.

For example, the game could include a way to see stats of your performances – number of players killed, number of rounds won, biggest size, etc. Agar.io has made this a key part of the player experience:

It could also introduce IAPs beyond the single “disable ads” one, by adding cosmetic items for purchase such as new “skins” for a player’s bumper, or symbols / tags that would display next to their name during play.

Bumper.io could tie these two together: giving rewards based on landmarks of performance, eg if you kill 100 players then you receive a new skin. Achievements could also be linked to these stats and keep players engaged.

Bumper.io lacks any social features, which is another missed opportunity given how fun, colorful and accessible the game is.

Allowing players to share their performances with friends would be a great way to create awareness and pull in more users. Bumper.io’s existing user flow is well-suited to this already: play sessions last around 60 seconds, and then players are shown a “battle report” upon completion which shows their rank and how number of kills. This is crying out for a way to share to social so that players can show off their wins.

Here's an example of what this could look like:

Player stats could also be leveraged into highscore tables that show the stats for each players. Displaying other players’ avatars also strengthens the potential for customization via IAPs, as players may want to tweak their avatar to stand out from the crowd.

At the moment, Bumper.io has huge viral potential, but very few of the features that would help capitalize on that.

Bumper.io is an eye-catching game in its colorful and fast gameplay, with moments of skill, dexterity (and, occasionally, stupidity) happening rapidly on its small maps. As each session ends with a dramatic, emotional moment – either the player getting the winning kill, or being bumped off the map themselves – it’s a perfect opportunity to let players share a gameplay clip to social media.

GIFs are the ideal format here, given that it can sometimes be a little hard to figure out what just happened in the game. A short, looping GIF will let players relive these moments, and then share them with their friends. This can both boost new installs and re-engage existing users. Here's an example of what this could look like:

If you missed it, we recently undertook a game dissection of the #1 game Love Balls, and what we can learn from its success. If you enjoyed this dissection, please also check out some of our previous posts on popular games:

Thanks for reading! If you want to know more about Megacool, our products and our insight into gaming growth, please get in touch — we’d love to hear from you: hello [at] megacool.co! 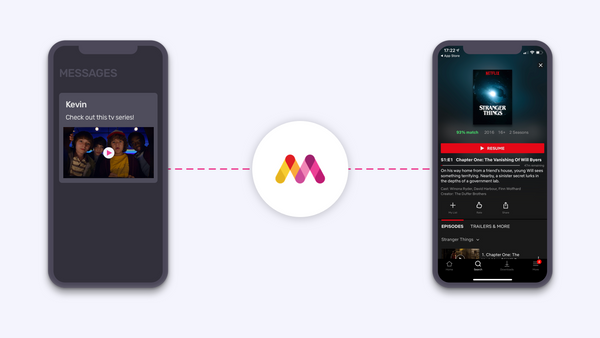 Organic growth is still the most important source of getting more users. While the “share-everything-to-social-network” days are over, many games still add a Facebook share button. Why? 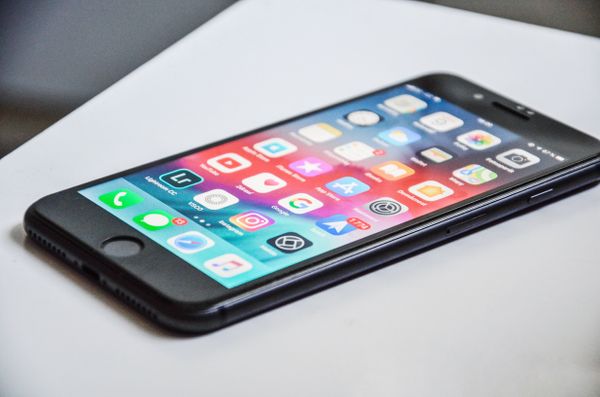 Exploring the state of play in mobile gaming in 2018, from pre-launch to re-engagement.