Love Balls is a puzzle game from Chinese studio Super Tapx, creators of arcade titles Tappy Balls and Idle Sweeper. The game is part of AppLovin’s publishing arm Lion Studio, and was first released in February 2018 – although it received very little marketing until its 1.1 update in April. With ad spend behind it, it became the most-downloaded Chinese game on the App Store in May this year.

Love Balls is a minimalist physics game, where players have to draw lines on the screen in order to reunite two circular characters. It has proved to be a massive success, reaching the overall #1 slot on the App Store in over 60 countries, and charting at #1 in Games in over 100. However, the game mechanics are not new, but simplified as a successor to popular games like Brain Dots and Brain it on!

In this post, we’ll take a close look at some of the features that have led to Love Balls becoming such a popular game.

What you can learn from Love Balls

Love Balls is a shining example of some of the fundamentals of a successful mobile game. It leverages a simple but varied gameplay loop into something that can be played in sessions of just a few seconds or for a much longer period. Outside of that core gameplay, and a large marketing budget by AppLovin, here are 6 features that have contributed to its success as a chart-topping game.

Love Balls’ listing on the App Store is instantly appealing, with a short video showing how the game works. The screenshots used aren’t overly polished, and are taken from the gameplay itself – they look “real” and accessible. The screenshots are also curated to show friendly-looking solutions: players having drawn hearts and smiley faces. These are much more eye-catching and personable than a level that involves drawing a standard shape, eg a triangle or line.

While Love Balls’ start menu does have plenty of icons for sharing, leaderboards etc, they’re unobtrusive and kept to the very top of the screen. It’s striking how little text is used, making the flashing “Touch To Start” even more obvious and appealing.

Although Love Balls’ core gameplay is straightforward, the physics challenges become more complex over time. The game introduces these to the player gradually, often by showing the solution to help the player grasp a new mechanic for the first time.

Love Balls allows players to share their solutions to social media and messaging channels, and also has a neat twist: if you’re stuck on a challenge, it invites you to “get help” by sharing the level to allow your friends to give you a helping hand. The game is good at triggering different share call-to-action (CTA):

When the player chooses to share, the different level outcomes trigger different sharing texts: e.g. when making a challenge: "This is really hard but I nailed it anyway, would you like to try #LoveBalls?"

Love Balls has a series of time-limited Daily Challenge levels which are a notable difficulty spike from the earlier stages, giving an extra layer of value to any players who find the core game too simple. They also add a multiplayer element to the game, by showing what % of players have cleared each challenge.

As most games today, Love Balls monetizes by showing ads for other games. What they do better than most is to make them feel more natural to the player by using Love Balls’ imagery and assets to boost player engagement with those ads. It helps that Love Balls has colorful, playful imagery, which can be used to emphasize the fun factor of the other games.

While Love Balls have been a massive success for SuperTapx and AppLovin, there are a few areas that could take their growth even further and potentially increase retention:

Love Balls’ Daily Challenges are a real gameplay highlight, with creative level design and a spike in difficulty. However, a player won’t see them during their onboarding/FTUE (first-time user experience) unless they back out to the level select menu, at which point there’s a small icon with an “!” alert. A first-time player might plow through 20-30 levels before even realizing that this feature exists – at which point they may even have closed the app. Showing levels that are more advanced or experienced players are attempting may give players an added incentive to keep playing.

Daily Challenges could be highlighted for the player with an alert once they’ve reached a certain level threshold in the game. The challenges also tell the player what % of other players completed it: this would be a perfect opportunity to send a push notification to players showing how they compared, when the challenge expires and new ones are available. It could even be broken down further to compare each player to their friends or their country, as well as to the rest of the world, as in Miniclip’s games 8 Ball Pool and Soccer Stars.

2. Keep the meta-game in the player’s mind

While Love Balls is a casual game with a simple core loop – start the level, draw line, complete level – it’s easy to lose sight of the bigger structure of the game. There are tons of levels, which are gated until you’ve earned enough stars – but you don’t get any notifications that you’ve unlocked enough to skip ahead to some different levels. In fact, you have to back-up a few layers in the UI in order to even see that there are different levels beyond the one you’re on.

Foregrounding this structure would give the player more reasons to keep playing, boosting retention.

Love Balls’ Daily Challenges offers a twist when it comes to sharing – it invites you to ask your friends for help, or to “show off” your achievement if you completed the level. This is in contrast to the standard “Share” text that appears in the regular levels (and in most games). These more-enticing CTAs could be rolled out to all levels within the game.

4. Show a replay of the attempt/solution

After each attempt, successful or not, an image of the final setup is shown next to the player report. An image gives a limited amount of information to show what you did, and why. Use the player report scene to show a replay instead of a static image.

Each level gives the player an option to share an image of their solution – but as mentioned above - the images themselves aren’t a great representation of the gameplay. The joy of Love Ball is seeing your solution drawn out with a swipe, and then seeing how your lines manipulate the two characters around the level layout.

Once drawn, each solution takes just a second or two to play out, making GIF an ideal format for social sharing and driving organic referrals. Love Balls could consider recording all attempts and allowing players to share it as a full recording, but people tend to have short attention spans (a recent Microsoft consumer study suggests its as short as 8 seconds!), so our advice is to limit recording and sharing to each individual attempt.

6. Deep link straight to the level or daily challenge

When a friend receives a shared screenshot from a player being stuck on a level and asking for help, the link should deep-link straight to the same point in the game as the one they see in the screenshot. This will remove friction for players.

By improving the sharing flow, Love Balls could increase the amount of new players it acquires organically via referrals. Rewards could be offered for every player referred to the game, such as coins, more hints, new backgrounds, and pens.

This is the first game dissection we’ve undertaken in a little while, but we have plenty more on the way! In the meantime, if you enjoyed this one and want to check out some of our previous dissections of popular mobile games, get them here:

Thanks for reading! If you want to know more about Megacool, our products and our insight into gaming growth, please get in touch – we’d love to hear from you: hello [at] megacool.co! 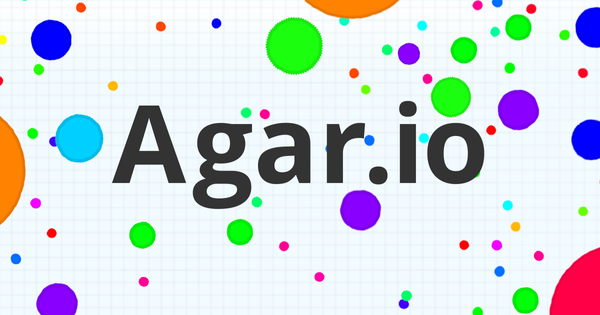