The massive multiplayer action game Agar.io was huge hit the summer of 2015. The simple and addictive game was initially launched for browsers, getting much attention on Reddit. July 8, 2015, Miniclip published the game on iOS and Android. It instantly took off, as you can see in the chart below. The game has been a top-ranked game in over 40 countries, including the US, Australia, Canada and the UK.

From July 7th — July 22nd, the game was the #1 download on iPhone and featured multiple times in Apple’s Best New Games section.

The aim of the game is for your cell to get bigger by eating other cells. These cell avatars start small but grow each time they devour pellets and other player cells. This creates a competitive nature where players strive to become the biggest cell while avoiding being swallowed by the competition.

What You Can Learn from Agar.io

Among the dissected games, Agar.io is by far our favorite because we could play with other people. Massive Multiplayer Games have a very strong driver for growth in itself, and Miniclip has shown again that they know how to create great multiplayer games. Although there are no direct growth features implemented, here are some takeaways for other game developers to emphasize:

No doubt, with its enormous success, Agar.io has done a lot of things right. Still there are no ways to share the game with friends from within the app. The only way is to say “Hey, download Agar.io. It’s spelled A G A R dot I O”. Here are a few suggestions that we believe can improve the growth from within the game even further and still keep the simplicity of the game:

If you enjoyed this dissection and want to see more or give feedback, please suggest other mobile games to be dissected on Twitter: @Megacool_co. 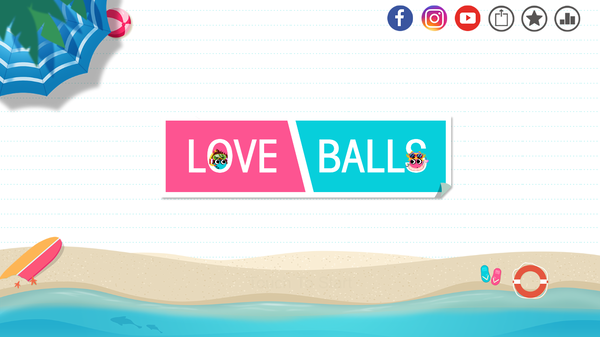 Love Balls has proved to be a massive success, reaching the overall #1 slot on the App Store in over 60 countries, and charting at #1 in Games in over 100. We’ll take a close look at some of the features that have led to Love Balls becoming such a popular game.